A: First, for those who may not know what the “Star Of David” is, let me tell you a little about it. The “Star Of David” or Magan David (Hebrew for “shield of David”) is a six sided star consisting of two interlaced equilateral triangles (image at bottom). It has been used as a symbol representing Israel and the Jewish people for many years (it is on the flag of Israel, on Jewish tombstones, on synagogues, and even ambulances in Israel). Most believe that it was officially adopted as the symbol in the 17th century, beginning with the Jewish community in Prague. However, while this may have been the time it was officially adopted, there is evidence that it was used centuries before, possibly as early as the 3rd or 4th centuries (it can be found in some ancient architecture, literature, and synagogues). It should be noted though that the Bible never associates this star with Israel, the Jews, or David at all, nor is there any evidence that David had a star shaped shield or shield with a star on it.

So, is this star a pagan symbol? It is true that a star has often been associated with Paganism and Satanism. However, if you notice, there is one significant difference between the star often associated with occultic practices and the star of Israel: one is a “hexagram” (6 sided = Israel) and one is a “pentagram” (5 sided = occult). Nonetheless, there are those who would associate ANY star symbol with the occult. And, there are offshoots of Judaism (i.e. Kabbalists) that are occultic, identify with the “Star Of David,” and assign occultic meanings to the star such as: it points to “deeper things,” signifies the dual nature of good and evil, and protects against evil spirits. It has also been said to symbolize things that are not necessarily occultic such as: the relationship between God (point up) and the Jewish people (point down), the 12 points equal the 12 tribes of Israel, the 6 points equal the 6 days of the week with the center being the Sabbath, the point up is praise to God and the point down is God’s blessings being poured out, the 6 points equal God’s rule of the world in all directions: north, south, east, west, up, down.

As I have already discussed on this site a number of times, Christians have also been accused of promoting Paganism and Satanism because we have Christmas trees, use a cross or fish as a symbol, or celebrate Christmas or Easter. Does the “Star Of David,” or these Christian things have pagan roots? Possibly. Does this mean we should eliminate them? No! The key is not how others in the past or present have abused or celebrated these things, but rather, what meaning are YOU attaching to them? For example, are you making your Christmas tree an idol (which is what Jer 10:2-4 is referring to)? If you are, then you certainly should not have one. However, if you are like the majority of Christians who have a Christmas tree as part of the tradition of celebrating the birth of Christ, there is nothing wrong with this. We are told in the Bible to do all things for the glory of God (1 Cor 10:31)(Col 3:17,23). Is God receiving the glory in whatever you do?

This is how I view the “Star Of David.” The majority of Jews view the star as a symbol: of their unique relationship to God, of past and present persecution and how God has delivered and protected (shield = Magan) them, of the hope and faith they have in God, of the unity and heroism of the Jewish people. They are giving glory to God! God made the Israelites His chosen people in the Old Testament. As Christians, we should respect and support Israel and the Jewish people. 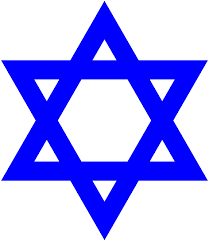 Is the “star of David” actually the star of Remphan from Acts 7:43?

“Yea, ye took up the tabernacle of Moloch, and the star of your god Remphan, figures which ye made to worship them: and I will carry you away beyond Babylon.”

Hi John, no scholar that I am aware of believes that the “star of your God Remphan” in (Acts 7:43) is referring to the “Star of David.” Instead, it was an actual star in the sky (or some believe it was the planet Saturn) that was being worshipped by the people.

Still, it is clear that the “Star of David” had no historical connection to King David, and that it has its origins in pagan occultism. I don’t think Christians should be supporting that symbol in any way. There are many Jews who feel the same way and would rather use the menorah to represent Jews and Judaism.